Some men whose prostate cancer progresses can safely delay treatment 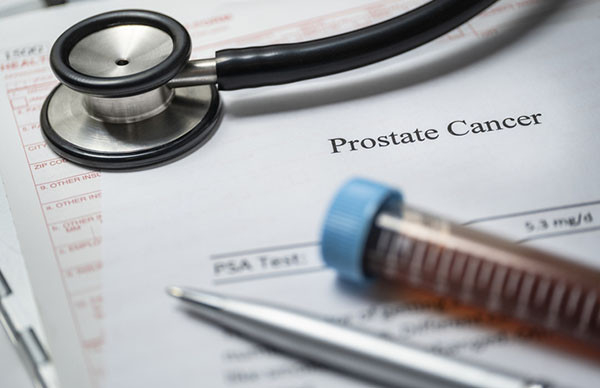 Prostate cancer can progress over long durations, and if a man’s tumor has features that predict slow growth, he can opt for active surveillance instead of immediate treatment. Men on active surveillance get routine PSA blood tests and prostate biopsies, and are treated only if the cancer advances or shows evidence of increasing activity. But when the time comes for treatment, up to a third of men still decide against it. Now, a new study finds that for some of these men, treatment can be safely delayed.

Researchers from the University of California, San Francisco identified 531 men whose cancers progressed while they were on active surveillance. All the men were diagnosed initially with Grade Group 1 prostate cancer, which is the bottom rung on a classification scheme that ranks cancers from low to high risk of aggressive spread. Within 25 months, on average, the men’s biopsy samples showed they had progressed to higher-risk grade groups that are typically treated.

In all, 192 men wound up having surgery to remove the prostate within six months of their tumor upgrade. But 125 men waited up to five years before having the operation, and 214 men decided against being treated at all.

When the researchers compared long-term outcomes among the men who got surgery within six months and those who waited longer for their operation, they found little difference between them. Forty-five men from both groups combined had their cancer return within three years after surgery. But the percentage who avoided a cancer recurrence was similar in both groups: 80% of the men in the early-surgery group were still cancer-free three years later, compared to 87% of the men who put the surgery off for up to five years.

Furthermore, prostate tissues observed by a pathologist immediately after surgery showed similar rates of adverse biological features that predict worse outcomes later. Tumors from about half the men from either group had this type of adverse pathology. Based on these results, the authors concluded that “a subset of patients with biopsy progression can safely continue on active surveillance.”

The trick is to predict who those patients are in advance. Unfortunately, genetic testing provided few insights into which men might progress faster than others. The authors emphasized that further studies are needed to determine how genetic tests might help with making treatment decisions for men on active surveillance. In an editorial comment, Dr. Christopher Morash from the University of Ottawa cautioned that the three-year follow-up is not very long, and that differences between the early- and late-surgery groups may emerge in the coming years.

"This is an important study that continues to provide support for active surveillance not only in men with Grade Group 1 cancers, but also for those who over time progress to Grade Group 2, which in the past has been an impetus to initiate treatment," says Dr. Marc Garnick, the Gorman Brothers Professor of Medicine at Harvard Medical School and Beth Israel Deaconess Medical Center, editor of the Harvard Health Publishing Annual Report on Prostate Diseases, and editor in chief of HarvardProstateKnowledge.org. "New findings emerging from the field of biomarkers and genomics should hopefully continue to add to our knowledge about even more precision in selecting men who can and cannot safely defer=”defer” treatments, even in the face of progression."

Charlie Schmidt is an award-winning freelance science writer based in Portland, Maine. In addition to writing for Harvard Health Publishing, Charlie has written for Science magazine, the Journal of the National Cancer Institute, Environmental Health Perspectives, … See Full Bio View all posts by Charlie Schmidt